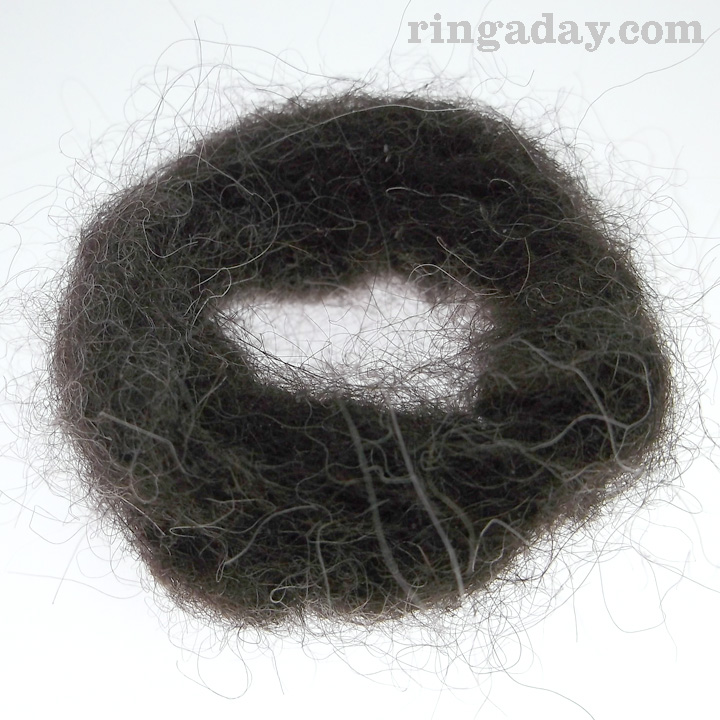 Ranjit encouraged me to work Samson’s fur into a ring with a felting technique. I stabbed myself bloody at least 5 times trying to get the fur to mesh. The result is a size 11.5 Pomeranian finger warmer.

This site uses Akismet to reduce spam. Learn how your comment data is processed.