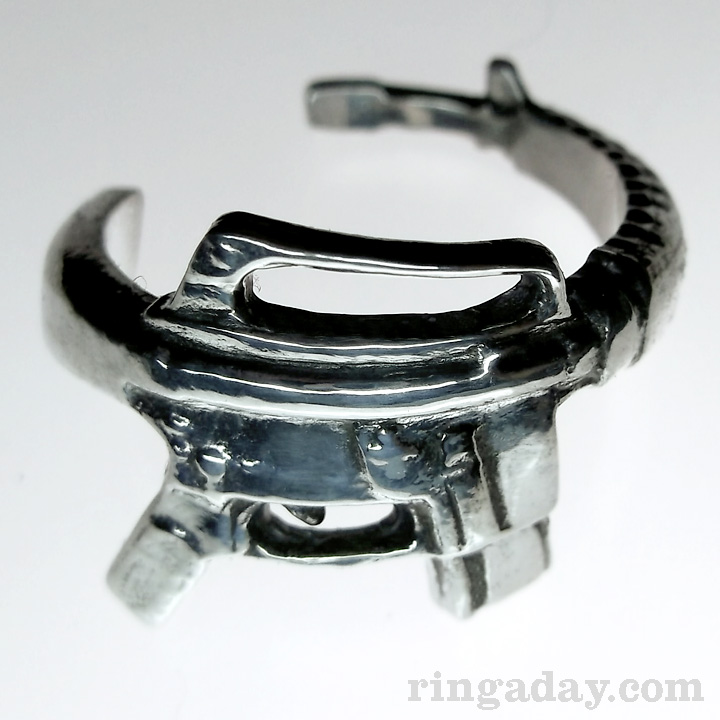 This ring is an idea. We have driver’s licenses to prove we can drive legally. The government has shown no interest in coming to take our vehicles from us, even though there’s no amendment protecting our cars, bikes, and trucks.

It would seem only reasonable that, if you are trained, insured, and can prove it, you could get a license to own and operate a military-style weapon like the Bushmaster. The license could be a ring such as the Romans used to prove someone was entitled to bear arms. A simple serial, RFID chip, or other security device can be added to identify a ring and owner much like our DMV and credit card issuers do.

2 thoughts on “Ring-A-Day: A Modest Proposal”

This site uses Akismet to reduce spam. Learn how your comment data is processed.